‘Chip tuning’ is the the process of making changes to a car’s ECU – or engine control unit – to alter how it runs.

We can make it slower or faster, more fuel efficient, or remove faults. In many cases we can improve the running or smoothness of the engine.

This process is carried out by pluging into the cars’ diagnostic socket and reading the information from the cars engine control units EEPROM*, or chip. We then open that file in a software programme that allows us to access to the different maps. So an EGR map will look something like this: 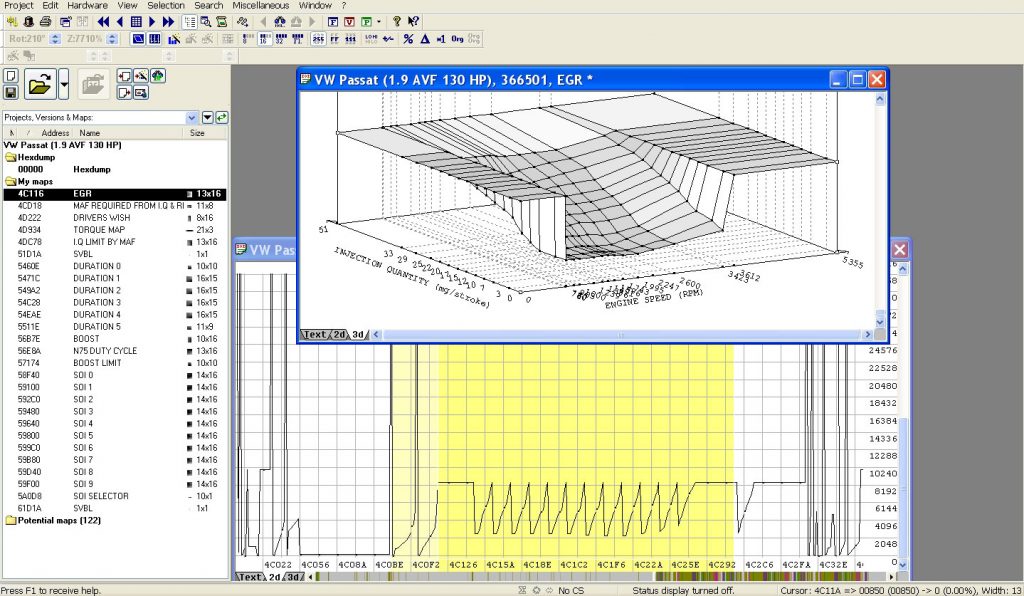 The Map can then be altered to make changes to its’ functionality and operation – and then loaded back into the engine control unit by the same means.

This process can be done for the turbos performance or fuelling, whatever is required by the costumer. Depending on needs, we can tweak it to add more power or to make it more fuel efficient.

From Wikipedia: EEPROM (also written E2PROM and pronounced “e-e-prom”, “double-e prom”, “e-squared”, or simply “e-prom”) stands for Electrically Erasable Programmable Read-Only Memory and is a type of non-volatile memory used in computers and other electronic devices to store small amounts of data that must be saved when power is removed, e.g., calibration tables or device configuration.

Unlike bytes in most other kinds of non-volatile memory, individual bytes in a traditional EEPROM can be independently read, erased, and re-written.