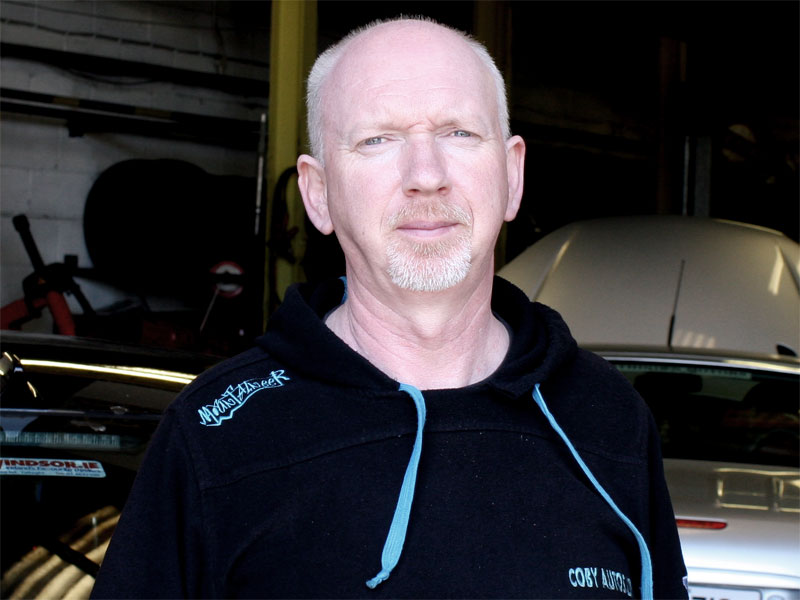 Joe began his career in the car service industry working in a petrol station as a young thirteen year old. He was there during the Petrol Strike of the 1970s. At that time, petrol was so scarce that a petrol station that might’ve taken a delivery of petrol at 3am in the morning could have queues of anxious or irate customers lining up around the block 5 minutes later. As such he was usually the first person in and the last person to leave.

Cars and particularly car electrics / electronics was a passion for Joe and he quickly became expert in all areas of mechanics – particularly performance tweaking with a view to getting the best out of cars of all types. Part of this passion was fuelled by both Joe and Maurice’s keen interest in rallying, and for a time they owned their own rally cars and competed in various track day events at Mondello Park.

Joe is our resident diagnostic and performance enhancing expert. There isn’t very much he doesn’t know about engine performance, emissions, DPFs, tuning, or indeed any other aspect of car servicing. He (along with all our staff) is constantly upskilling, and sees the next big thing in car servicing / repair being 3D printing – where garages will begin to print replacement parts on site. Watch out for his posts on our blog page.