New NCT Rules – Fail and you may need a tow truck

EU Directives have re-categorised ‘deficiences’ (or faults / issues with your vehicle) as Minor, Major & Dangerous.

Where a vehicle achieves a ‘Dangerous Result’ a failed / dangerous safety sticker will be applied to the vehicle and if you drive it you are likely to incur both penalty points and a court appearance if caught by the gardai.

What’s catching many people out though is that a Dangerous result can occur if (for example) two tyres are deemed not to meet the minimum thread depth. We at Coby Autos do not wish to downplay the dangers of bald or balding tyres – we believe that they can pose a very real risk to you (the driver), all occupants of your car and to other road users.

However, when this would have occurred previously the owner / driver would’ve generally been in a position to drive the car away, have the tyres replaced and return to have the car pass. This is no longer the case. It is also likely that any issues that arise with other key systems such as brakes (discs worn beyond a certain level) or steering will result in a Dangerous Result, and you being immediately off the road.

Coby Autos have a fully featured NCT Car / Vehicle Test lane and as such are fully equipped to perform an NCT pre-test on your car. Don’t be left standing outside the NCT Centre with your car effectively impounded – have us check your car before your NCT. If we find any fault with it we can advise you on the cost of repair and avoid any nasty shocks when your car is tested. 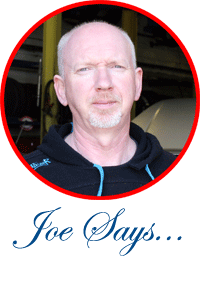 The implications of being caught driving a vehicle that has failed with a ‘Dangerous Result’ go beyond just penalty points and a court appearance with a probable conviction.

In this situation, it is likely that where such a vehicle is involved in a road accident that its’ insurance cover will be deemed to be null and void. Where this happens your insurer will generally not pay out on a claim, and you may be liable for third party damages as well. The driver will not have any defence in such a scenario as they cannot say they didn’t know, as the vehicle been proven to be not roadworthy and marked as such by the NCT.

This is a fluid situation with regulations just changing recently, so this is something we at Coby Autos will be keeping an eye on. We will update our website with any news on this so check back regularly to stay informed.